I AM FREAKING OUT.

I AM NOT OKAY.

I’ve talked about Elise Kova’s Air Awakens Series on this blog before. It’s definitely one of my all time favorite fantasy series. I love Vhalla and Aldrik, and the whole cast of characters. I hold them near and dear to my heart.

It’s kind of crazy that I just happened to stumble across the first book Air Awakens in a promoted book post on Facebook. I initially bought it due to the gorgeous cover, but the story that sat behind that cover left me dying for more. Each book was more intense, more emotional than the last, and I loved every moment, even the sad ones.

Elise is a phenomenal writer. She made me feel all the emotions and left me wanting to scream at the cliffhangers she left me dangling off of. I will scream about these books for forever.

Which makes the news I have to share even more exciting!

I have some information about the Sequel Series, including a cover reveal – which you know based on the title of this post.

So here it is! 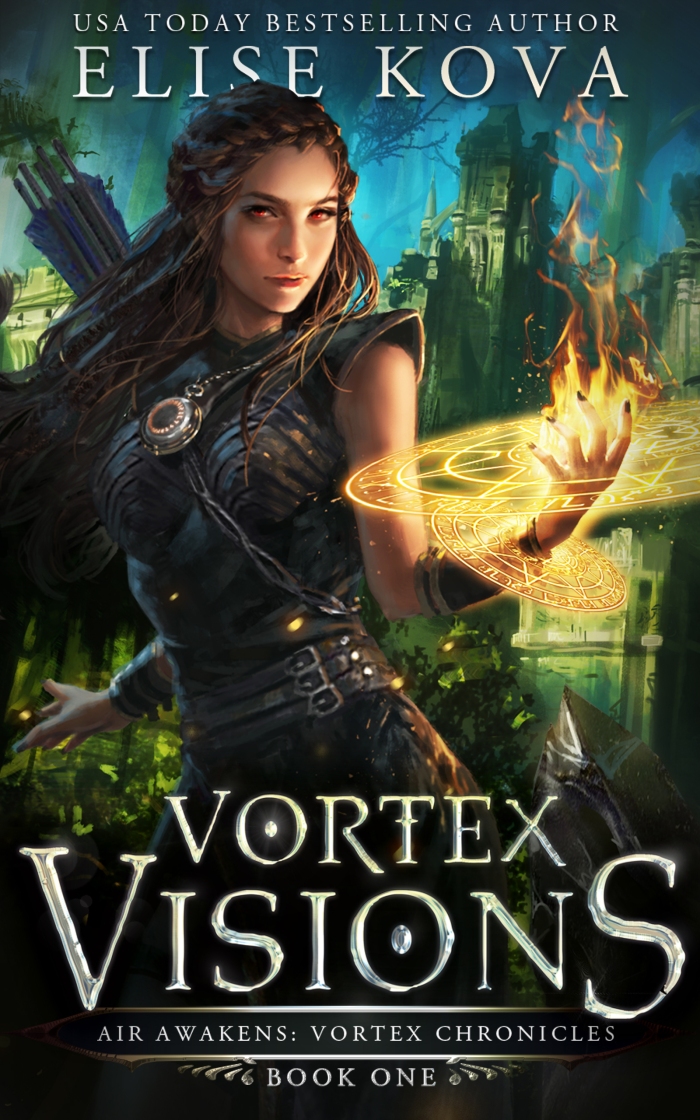 It’s stunning, and once again Elise has been blessed by the Cover Gods. I’m so excited for this next book, set in the future – a new story, new protagonist, and higher stakes than ever before! I cannot wait to add this book to my shelves alongside the rest of my copies!

A desperate princess, a magical traveler, and a watch that binds them together with the fate of a dying world.

Vi Solaris is the heir to an Empire she’s barely seen. Her parents sacrificed a life with her to quell a rebellion and secure peace with a political alliance. Now, three years past when her wardship should’ve ended, Vi will do anything to be reunited with her family.

The Empire is faltering beneath the burden of political infighting and a deadly plague. Yet, Vi can’t help but wonder if her inability to control her magic is the true reason her parents haven’t brought her home. Suspicion becomes reality when she unleashes powers she’s not supposed to have.

As Vi fights to get her magic under control, a mysterious stranger appears from across the world. He holds the keys to unlocking her full potential, but the knowledge has an unspeakable price — some truths, once seen, cannot be ignored.

All eyes are on her and Vi must make the hardest choice of her life: Play by the rules and claim her throne. Or, break them and save the world.

It sounds so amazing, and waiting until its release in February is going to be so hard, but I know it’s going to be fantastic. I cannot wait to meet Vi and go on her journey. I’m sure Elise is going to leave me heartbroken at some point, and in love, and wanting to scream. I always seem to go through the whole range of emotions while reading her books.

Now that I’ve gushed over the cover and the synopsis, here is some other information

I hope you pre-order this book regardless of if you’re a fan of the Air Awakens Series! I know I will be! So, if you’re looking for a new epic fantasy filled with magic and slow-burn romance? VORTEX VISIONS is out Feb 4, 2019.

If you’re an Elise Kova fan, comment below so we can gush over her books!