Thanks for Vicariously & Voraciously for creating this tag!

It’s February 13th, so you know what that means!

Even though Leslie Knope is a fictional character, she sends a great message. Too often are women pitted against each other, or we take advantage of each other. Instead of tearing down, we should be lifting each other up.

This is kind of a hard post for me to write, seeing as I just lost a friendship with someone, I considered my best friend, and had been friends with for over ten years. She was the first person to really talk to me when I first moved to the US, and just recently she decided that our friendship wasn’t worth trying to continue because we had grown apart. It sucks. There’s no other way to put it.

But, on a happier note, my other best friend, she puts up with me and all my weirdness on a daily basis and I couldn’t love her more for it. She and I both know I talk way too much, sob over fictional characters too much, and drag her to too many book related events. The good thing is, is that she loves books just as much as I do. So, I’m dedicating this post to her, because god knows I would have dumped my ass years ago. 😂

So, in honor of our friendship that consists of me talking about fictional characters with getting Starbucks coffee and walking around Target for no apparent reason, here are three books with some strong and awesome female friendships!

Gosh, I could talk about Vhalla and Larel for forever and how much I love them. My reread of the Air Awakens series has reminded me of that. Vhalla’s life changes drastically in such a short amount of time and Larel is there to help ease her mind, offer her support and love and to remind her that she isn’t just a tool for the Empire to use. Vhalla was there for Larel to confide in when she decided she wanted to open up, they comforted each other when the rest of the world got too big, too loud, too dangerous and scary. They stand by each other no matter what.

I’m sure everyone talks about Safi and Iseult’s relationship and how great it is, and as they should. They are two parts of one whole, their destinies woven intricately together. Each is driven towards their own goals but wouldn’t hesitate for a single moment to put the other first. They are willing to face down whatever for each other, and it’s amazing. 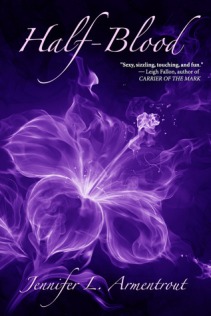 Okay, so this one is technically the series, but I’ll put the first book down for convenience. Alex and Olivia have their ups and downs, and are brought together by a mutual friend, but they would go to the ends of the earth for each other, die for each other and cheer each other on no matter what, and they do. When Alex is feeling at her lowest, Olivia is there to help cheer her up, make her see the bigger picture. And when Olivia is feeling upset and broken over a certain event (no spoilers!) Alex is there to remind her of all the good things she and (redacted) shared and that (redacted) wouldn’t want her to live her life upset. They balance each other out nicely and can kick some serious ass!

Ps. How many times did I type “strong female friendships” ooops. 🙈