A few weeks ago, I heard about a signing up in Philadelphia. Three amazing authors would be there, talking about their books and chatting with the audience, and I wanted to go.

I asked my best friend – the one that I usually drag to book events (just kidding, I don’t have to drag her) but she already had plans to go to the Happiest Place on Earth – Disney. I was alone, and with the plan to go such last minute, I didn’t really have anyone else to ask.

So, I did what any sane person does and went to Twitter, putting a call out to see if anyone (in my area) wanted to drive up with me. Living in Maryland meant that it would be over a two-hour drive – verging on three hours with traffic, and I really didn’t want to make the drive by myself. It’s not a hard drive, but long, and I would have preferred company.

Amazingly someone offered to go with me, and I was thrilled. She was a fellow book lover and writer and while I figured it would be a little awkward making a three-hour drive with a complete stranger, I was willing to make it work, and what better way of getting to know someone, than being stuck in a car for hours?

Unfortunately, the day of the event (Friday, Feb 15) she had to back out last minute and I thought my plans for going to this signing were shot. I’m not going to lie, I was a little disappointed.

An hour before I had originally planned to leave my wonderful mother offers to go with me – something I didn’t ask her to do, because it ended up being an all afternoon, evening and night affair and I knew that wasn’t how she would have chosen to spend her day after having been at work.

It took us three hours to get from our house to the Barnes & Noble at Neshaminy Mall in Bensalem PA. I had to buy a THIRD copy of Bloodwitch just so I could actually participate in the signing.  (I had already pre-ordered it, which wouldn’t be here until Saturday, and I had bought a copy on Thursday so I’d have one for the signing) You got a wristband with the purchase that had number on it for the signing line.

*One copy has since been returned to the store, and the other one I got signed for my friend who couldn’t come, and she’s buying that one off of me, but for a hot moment, I had three EXACTLY THE SAME copies of this book, which was too many.

Anyways, I digress. We make it to the signing with about ten minutes to spare, and it’s already packed to “Standing Room Only”. The event was supposed to run from 6-7pm but I figured we’d be leaving closer to 8pm. If I only knew.

Almost immediately did the three authors ask for questions from the audience, in leu of talking about their books. Most of the questions I couldn’t hear, due to people not speaking up, but just watching and listening to how Brigid, Susan and Elise interacted with each other and the audience was entertaining. Then it was time for the singing.

Remember that wristband I was talking about? I was #66.

They called people up to get their books singed in groups of 10-15…and it took forever. They had to keep the Barnes & Noble open LATE to accommodate everyone. From my understanding there were only about 70 wristbands handed out, but it took 4 hours to get through everyone. We didn’t leave the store until about 10pm putting us home around midnight. The only good thing about leaving that late, it meant that there was absolutely no traffic getting home so it was roughly the two-hour drive Maps had estimated.

Now, I totally understand wanting to talk and chat with authors, and the way the workers were doing the signing was a 1:3 ratio – one reader to the three authors. And each reader, or group of friends went up, was spending upwards ten minutes chatting with the authors, even after their items were signed. 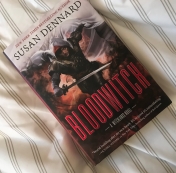 Probably on any other day this wouldn’t have annoyed me, but I had a 2.5-3-hour drive home and it was already 9:30pm and I was tired, my mom was tired after working all day and then driving up here, and it felt a little insensitive towards everyone else. I also don’t want to sound to whiny or like I’m complaining too much because these authors don’t have to come out and meet readers, and one day I do hope on being one of those authors, but as a reader who had to wait almost three and a half hours to get my stuff signed, I was a little annoyed at how poorly it was handled. 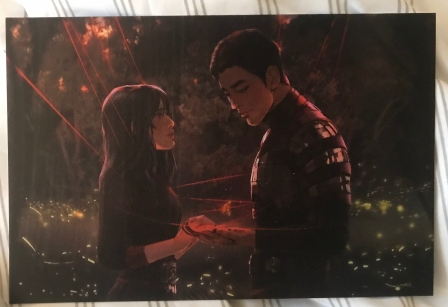 Despite that, I did have a good time, and was able to get my books signed and have a few quick words with Brigid, Susan and Elise. Brigid’s a friend so I knew we’d catch up later, it had been a few years since I’d seen Susan, so it was nice to chat with her again, and it was my first-time meeting Elise so I kind of freaked out a little. I didn’t get all my Elise Kova books singed, because luckily, I’ll be seeing her again at the end of March for Apollycon in DC, but now I won’t have as many of her books to lug around at that event! 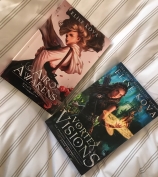 All in all, it was worth the drive up there, but it will have to be a stellar line-up to get me to go there again, and if I do, I’ll be leaving at noon and just spending the afternoon up there so I can miss the traffic we ran into.