This is one of my all-time favorite series, and I’m so glad I finally got around to re-reading them.

Jennifer Armentrout is an auto-buy author for me, and whenever I’m in a reading slump, I tend to turn to her. I’ve pretty much read everything she’s written, so it’s really easy to pick up a book and know I’m going to love it.

After I read Kingdom of Ash by Sarah J. Maas I was in a huge slump and didn’t know what to read, didn’t want to read anything, I was kind of spiraling downwards. Then I decided to ignore every new book I owned and needed to read to go for something comforting, familiar. I decided to read The Covenant Series. It had been years, since the books releases, since I had read the series, and it was so fun being back in Alex and Aiden’s world, and they are still two of my favorite characters.

I always tell people they should read the series because it’s fun, original and the characters are great. If you liked The Vampire Academy Series by Richelle Meade, you’ll definitely love this series.

These aren’t necessarily be mini-reviews, or anything, because I’ll be honest, it’s been a few weeks, and I’m behind on my reviews, and I more or less just wanted to briefly gush about the books and introduce them!

Let’s start at the beginning of the series: 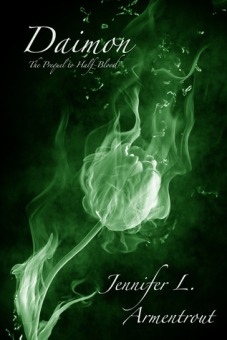 For three years, Alexandria has lived among mortals—pretending to be like them and trying to forget the duty she’d been trained to fulfill as a child of a mortal and a demigod. At seventeen, she’s pretty much accepted that she’s a freak by mortal standards… and that she’ll never be prepared for that duty.

According to her mother, that’s a good thing.

But as every descendant of the gods knows, Fate has a way of rearing her ugly head. A horrifying attack forces Alex to flee Miami and try to find her way back to the very place her mother had warned her she should never return—the Covenant. Every step that brings her closer to safety is one more step toward death… because she’s being hunted by the very creatures she’d once trained to kill.

The daimons have found her.

As this is a prequel, it’s not a favorite, but I’m always excited about extra content!  You definitely don’t need to read this before starting the series, it’s background, extra, adding to the story. I’d recommend reading it before starting, but again, you do not have to!

The Hematoi descend from the unions of gods and mortals, and the children of two Hematoi pure bloods have godlike powers. Children of Hematoi and mortals–well, not so much. Half-bloods only have two options: become trained Sentinels who hunt and kill daimons or become servants in the homes of the pures.

Seventeen-year-old Alexandria would rather risk her life fighting than waste it scrubbing toilets, but she may end up slumming it anyway. There are several rules that students at the Covenant must follow. Alex has problems with them all, but especially rule #1:Relationships between pures and halfs are forbidden. Unfortunately, she’s crushing hard on the totally hot pure-blood Aiden. But falling for Aiden isn’t her biggest problem–staying alive long enough to graduate the Covenant and become a Sentinel is.

If she fails in her duty, she faces a future worse than death or slavery: being turned into a daimon, and being hunted by Aiden. And that would kind of suck.

This book is great, it puts you right into the story, and you’re instantly drawn in. Alex is probably one of my favorite characters. She’s stubborn, loyal, fierce, kick-ass, hot-headed and never gives up. And I’m always here for forbidden romances that equate to slow-burn romances. This isn’t my favorite book in the series, but it’s a great first book that will drag you right in, and you’ll be wanting book 2 as soon as you’re done! 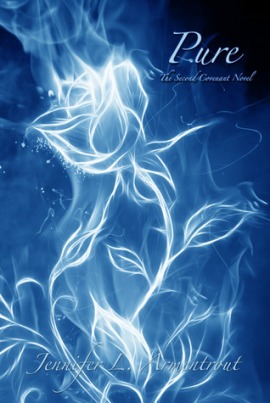 There is need. And then there is Fate… Being destined to become some kind of supernatural electrical outlet isn’t exactly awesome—especially when Alexandria’s “other half” is everywhere she goes. Seth’s in her training room, outside her classes, and keeps showing up in her bedroom—so not cool. Their connection does have some benefits, like staving off her nightmares of the tragic showdown with her mother, but it has no effect on what Alex feels for the forbidden, pure-blooded Aiden. Or what he will do—and sacrifice—for her. When daimons infiltrate the Covenants and attack students, the gods send furies—lesser gods determined to eradicate any threat to the Covenants and to the gods, and that includes the Apollyon… and Alex. And if that and hordes of aether-sucking monsters didn’t blow bad enough, a mysterious threat seems willing to do anything to neutralize Seth, even if that means forcing Alex into servitude… or killing her. When the gods are involved, some decisions can never, ever be undone

I forgot how much I was not a fan of Seth in this series, because I absolutely love him in the Titan Series. And while I’m not a fan of him, he does amuse me (until he doesn’t) and there are some moments I actually like him, but the overall feeling is “not a fan”. I feel for Alex, she has so much thrusted upon her, the fate of the world and its inhabitants – it’s a lot. Things start getting a little dicey and now more than ever does Alex need to be prepared.

Also, by this point I’m already raging that Aiden and Alex aren’t together. Because I love them.

History is on repeat, and things didn’t go so well the last time.

Alexandria isn’t sure she’s going to make it to her eighteenth birthday–to her Awakening. A long-forgotten, fanatical order is out to kill her, and if the Council ever discovers what she did in the Catskills, she’s a goner… and so is Aiden.

If that’s not freaky enough, whenever Alex and Seth spend time “training”–which really is just Seth’s code word for some up-close and personal one-on-one time–she ends up with another mark of the Apollyon, which brings her one step closer to Awakening ahead of schedule. Awesome.

But as her birthday draws near, her entire world shatters with a startling revelation and she’s caught between love and Fate. One will do anything to protect her. One has been lying to her since the beginning. Once the gods have revealed themselves, unleashing their wrath, lives will be irrevocably changed… and destroyed.

Ugh, this is probably one of my favorite books in the whole series. SO much happens in it, and then there’s the ending which is omfg and screaming. And then there’s pesky “Sethie” who JUST HAS TO GET IN THE WAY. Ugh. I love this book and everything that happens in it, even though it’s super rough on all of the characters.

Okay, maybe this is my favorite book, solely because it’s from Aiden’s POV. To be perfectly honest, I’d read the whole series over from his point of view if I could, if they existed. This follows the events at the end of Deity, right before the story picks up in the next book. Again, not crucial, but you’re doing yourself a disservice if you don’t see through Aiden’s eyes.

Fate isn’t something to mess with and now, neither is Alex.

Alex has always feared two things: losing herself in the Awakening and being placed on the Elixir. But love has always been stronger than Fate, and Aiden St. Delphi is willing to make war on the gods—and Alex herself—to bring her back.

The gods have killed thousands and could destroy entire cities in their quest to stop Seth from taking Alex’s power and becoming the all-powerful God Killer. But breaking Alex’s connection to Seth isn’t the only problem. There are a few pesky little loopholes in the whole an Apollyon can’t be killed theory, and the only person who might know how to stop the destruction has been dead for centuries.

Finding their way past the barriers that guard the Underworld, searching for one soul among countless millions, and then somehow returning will be hard enough. Alex might be able to keep Seth from becoming the God Killer or she might become the God Killer herself.

This is probably my favorite of the main books, one of my favorite scenes between Alex and Aiden is in it, and I just love how much their relationship grows and expands. Things are really tense and starting to spiral as the big finale is looming on the horizon, but this book is all about relationships and choosing what is right, even if it might seem impossibly hard. It’s also about coming to terms with past choices and decisions and working to not let them define you.

It’s a beautiful day for a war.

As the mortal world slowly slips into chaos of the godly kind, Alexandria Andros must overcome a stunning defeat that has left her shaken and in doubt of their ability to end this war once and for all.

And with all the obstacles between Alex and her happily-ever-after with the swoonworthy Aiden St. Delphi, they must now trust a deadly foe as they travel deep into the Underworld to release one of the most dangerous gods of all time.

In the stunning, action-packed climax to the bestselling Covenant series, Alex must face a terrible choice: the destruction of everything and everyone she holds dear… or the end of herself.

I enjoyed this book, but it’s probably my least favorite out of the main books, mainly because while the ending was satisfying, I found it a little rushed and short for five books of build up. Granted, you can go on and red the Titan Series (Seth’s books) which continue to the story. It’s also the last book I get to read about Alex and Aiden on every page. Have I mentioned they’re my favorite?

I think this will always be one of my favorite series, and I’m so happy I found the time (well, made the time) to finally re-read them. It had been way too long, and I love the world, and the characters and the way Jen tells a story. I’m really gald that they held up, and that I loved them as much as I did the first time, I read them. The good thing was, was that I could binge read them instead of having to wait for a year in between! Now, having re-read them, I want to go re-read some of her other series that I haven’t touched for years.

5 thoughts on “The Covenant Series by Jennifer L. Armentrout”