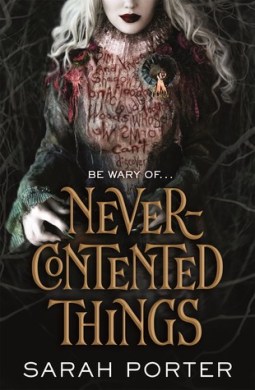 Seductive. Cruel. Bored
Be wary of…

Prince and his fairy courtiers are staggeringly beautiful, unrelentingly cruel, and exhausted by the tedium of the centuries―until they meet foster-siblings Josh and Ksenia. Drawn in by their vivid emotions, undying love for each other, and passion for life, Prince will stop at nothing to possess them.

First seduced and then entrapped by the fairies, Josh and Ksenia learn that the fairies’ otherworldly gifts come at a terrible price―and they must risk everything in order to reclaim their freedom.

I received an eARC via NetGalley in exchange for an honest review.

This isn’t going to be a long review, and it’s going to be spoiler free. I wanted to like this book. Truly I did, but I came to the conclusion that it wasn’t the right book for me. I struggled with the idea of not finishing this book and writing a review for it. I’ve never DNF’d a book that I’ve been approved for. But I want to be honest.

Based off the synopsis I was excited, dark faerie with maybe some intrigue and an escape plot – that’s what I took away from reading it. This book is vastly different from what I was led to believe and that’s partially on me. I should’ve read some reviews before requesting this title. Regardless, this book was marketed as something other than it is, and that’s misleading. I can honestly say, I felt mislead and that’s not fair to the reader.

I will also say that I saw a few tweets from the author who was acting a little condescending towards her readers who didn’t pick up her message in the book, and were confused as to why there were no fairies in the novel…

My remark to that is, have you read the synopsis for you book on Goodreads?

Based on what I’ve read, I don’t think Never-Contented Things is a bad book. The writing is quite good, flowery and the use of color is heavy. The pacing is a little fast, and the format of how the story is told – to me – feels like reading through a haze.

It’s kind of hard to explain. I get that the author was trying to put us (the reader) in the mind of the main character Ksenia – she doesn’t fully understand what’s going on, so we (the reader) don’t either. Though, for me, it just made me frustrated that I had no idea what was going on with these characters.

My frustration is also due to the fact that I thought this book was going to be akin to The Cruel Prince with the court drama and intrigue and maybe some hate-to-love romance or infatuation, with a daring fantastical escape back to the human realm. I’m frustrated to say, it’s not.

As for the characters, I felt zero connection with any of them. I was also a little disturbed by John and Ksenia’s relationship that (I want to say “could be” deemed incestuous – depending on how you personally might define it, as they aren’t actually related) but it was awkward and controlling nonetheless. I would define it as borderline incestuous, but to be honest, I don’t spend a lot of time defining that word in my head, because it’s not something I would even entertain.

Ksenia is arguably the main character, she’s had a rough life, it hasn’t been easy, but she’s found companionship in her younger foster brother, John. Ksenia is quiet and can come across cold and unfeeling, but really, she’s terrified. So much of her life is out of her control, and John doesn’t help matters.

John is a dominant personality, with his own baggage, and (whether or not) he means well, he is constantly making choices for Ksenia. He pressures her into a lot of situations that she’s not comfortable with, but because they are so co-dependent on each other, she lets a lot of the instances slide. It actually bothers me how John talks, very dismissive and peppy. He’s in your face and in your business.

Then there’s Lexie. As I DNF’d this book, I only got to a small section of her story, so maybe her part is much more significant later on, but she’s a friend to both Ksenia and John. From what I read, she’s the “normal” (meaning she doesn’t have the same kind of histories as her friends – i.e. foster kids) one. I don’t feel comfortable talking about her more than that, as I didn’t read the book in full.

If you’re looking for a book about changing one’s mindset from dark to hopeful, coming to terms with one’s relationship and whether or not it’s healthy, then maybe you should check this one out. But don’t read this book expecting fairies. They’re there, but they only act as a catalyst to make bad situations worse.

I wish I had been more interested in this book and had been able to finish it. Maybe one day I will, but as for right now, I don’t want to spend time reading a book that isn’t holding my interest. It read as a heavy contemporary novel with some fairies thrown in, and I like my contemporary novels to be a little more on the light and fluffy side, as I use them as escapes. This just wasn’t the book for me, but I know some people will read it and enjoy it (well, that might not be the right phrase, but they’ll like it more than I do).

My advice to you, is that you read some other reviews – there are quite a few on Goodreads, from people who finished the whole book – who have more to say about the book and its contents.