This post is going to be on the short side, because today (the day I’m writing this) has been a day. I’m going to preface the Haul section of the post with a tiny little life update. I need to write this because every time I think about it I cry. I know the day is coming, and I hate it.

Today started on a high – a friend’s wedding was this evening! It was beautiful, she was gorgeous, overall, I had a good time. But before I left for the wedding, I thought I was going to lose my dog.

That kind of puts a damper on a good mood. I’ve talked about him before on this blog, but my 80lb black lab has something called Laryngeal Paralysis – basically his throat doesn’t work properly which causes breathing issues. He gets too excited, he can’t breathe, and then he freaks himself because he can’t breathe and it can take meds, a fan, and time to calm him down.

I was on vacation with my parents last week, so my dog was staying with a family member (who he always stays with when we go places) and for whatever reason the drive back seriously stressed out my dog.

By the time my mom got him back to the house, I thought we were going to lose him in the yard. He could barely support his own weight, we had to carry him into the house on a towel. It then took hours for him to even remotely get back to his current normal. I nearly didn’t go to the wedding because I thought my dog was going to die tonight. I’ve never seen him that distressed, and I could not stop crying.

I don’t write this to distress any of you, but as a sort of catharsis of the emotions that continue to threaten to drown me. He’s exhausted now, but breathing normally, eating and drinking. I’m thankful that today wasn’t worse and I’m glad I managed to get through the wedding without breaking down in tears. It was hard leaving my house not knowing what I was going to be coming back to. Thankfully I came back to an exhausted but much better dog.

Anyways, let’s get into this small haul!

House of Salt and Sorrows – Erin A. Craig

Absolutely loved this book! You don’t want to miss it! 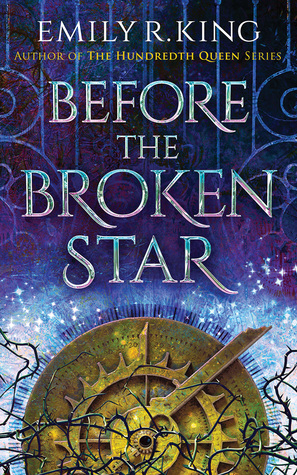 Not gonna lie, I mainly bought this due to the absolutely gorgeous naked hardcover under the dust jacket.

Everley Donovan is living on borrowed time. The lone survivor of her family’s unexplained assassination, she was saved by an ingeniously crafted clockwork heart. But the time she was given won’t last forever. Now, every tick-tock reminds her how fragile her existence is and hastens her quest to expose Killian Markham, the navy admiral who shattered her world and left her for dead. But Everley’s hunt for justice will be a long and hard-won voyage.

Her journey takes her to a penal colony on a cursed isle, where she will be married off and charged to build the new world. It is here, and beyond, that hidden realms hide, treasures are unearthed, her family secrets are buried, and young love will test the strength of her makeshift heart. When Everley discovers Markham may not be who he seems, her pursuit for truth is bound to his redemption, her tragic history, and her astonishing destiny. 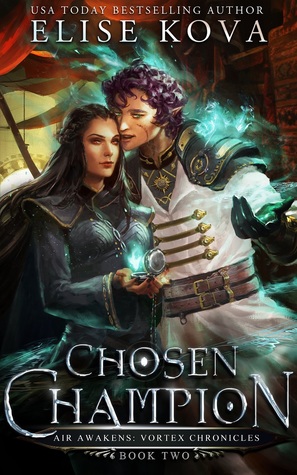 I finally bought myself a finished copy of this book, and I cannot wait to sit it on my shelf next to my other books in the Air Awakens world!

I’ve been really interested in this ever since I saw the Audible announcement. I don’t know why I never bought the audiobook, but I’m really excited to dive into this, hopefully int the near future!

What if you fell in love with the one person you’d sworn to destroy?

Lara has only one thought for her husband on their wedding day: I will bring your kingdom to its knees. A princess trained from childhood to be a lethal spy, Lara knows that the Bridge Kingdom represents both legendary evil – and legendary promise. The only route through a storm-ravaged world, the Bridge Kingdom controls all trade and travel between lands, allowing its ruler to enrich himself and deprive his enemies, including Lara’s homeland. So when she is sent as a bride under the guise of fulfilling a treaty of peace, Lara is prepared to do whatever it takes to fracture the defenses of the impenetrable Bridge Kingdom.

But as she infiltrates her new home – a lush paradise surrounded by tempest seas – and comes to know her new husband, Aren, Lara begins to question where the true evil resides. Around her, she sees a kingdom fighting for survival, and in Aren, a man fiercely protective of his people. As her mission drives her to deeper understanding of the fight to possess the bridge, Lara finds the simmering attraction between her and Aren impossible to ignore.

Her goal nearly within reach, Lara will have to decide her own fate: Will she be the destroyer of a king or the savior of her people?

Okay, I guess I lied about the shortness, but words just started flowing, I guess. I have two Wrap Up posts coming up this week so stay tuned for those!