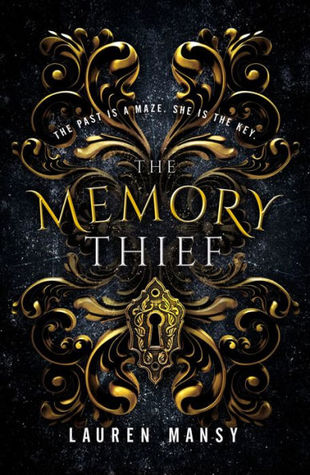 In the city of Craewick, memories reign. The power-obsessed ruler of the city, Madame, has cultivated a society in which memories are currency, citizens are divided by ability, and Gifted individuals can take memories from others through touch as they please.

Seventeen-year-old Etta Lark is desperate to live outside of the corrupt culture, but grapples with the guilt of an accident that has left her mother bedridden in the city’s asylum. When Madame threatens to put her mother up for auction, a Craewick practice in which a “criminal’s” memories are sold to the highest bidder before being killed, Etta will do whatever it takes to save her. Even if it means rejoining the Shadows, the rebel group she swore off in the wake of the accident years earlier.

To prove her allegiance to the Shadows and rescue her mother, Etta must steal a memorized map of the Maze, a formidable prison created by the bloodthirsty ruler of a neighboring Realm. So she sets out on a journey in which she faces startling attacks, unexpected romance, and, above all, her own past in order to set things right in her world.

This will be a short, spoiler free review!

I ended up really enjoying this book. I didn’t have many, if at all any expectations going into it and ultimately really enjoyed it. My only complaint is that I thought the timeline of the story was a bit rushed. From start to end, it’s roughly a week. A week! If there wasn’t romance in it – I probably would have been okay, but since there was (and I loved the romance/Love Interest- not knocking it) a week just didn’t seem reasonable.

I think that if this book had been slightly longer (because I also just wanted more story!) that this could have been a solid 4/4.5 read for me. There just wasn’t enough book to satisfy me. On the other hand, I did enjoy that it didn’t take me a super long time to read it. I thought the premise was cool, there were so many twists that I didn’t see coming and had me gasping and the magic system was interesting.

I think the magic system was another thing that could have really benefitted from having more book too explain and explore it. It took me a bit to understand it, and even then I’m still just a bit confused.

Overall, if you’re looking for an interesting fantasy that will have you turning the page until three in the morning, you should probably check this on out! It’s my favorite kind of fantasy – two people traveling alone together, in the woods, caring and protecting each other…give me more! Out tomorrow, make sure you pick it up and read it!

One thought on “Book Review: The Memory Thief”