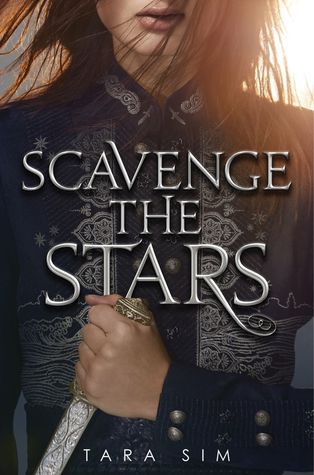 When Amaya rescues a mysterious stranger from drowning, she fears her rash actions have earned her a longer sentence on the debtor ship where she’s been held captive for years. Instead, the man she saved offers her unimaginable riches and a new identity, setting Amaya on a perilous course through the coastal city-state of Moray, where old-world opulence and desperate gamblers collide.

Amaya wants one thing: revenge against the man who ruined her family and stole the life she once had. But the more entangled she becomes in this game of deception—and as her path intertwines with the son of the man she’s plotting to bring down—the more she uncovers about the truth of her past. And the more she realizes she must trust no one…

Packed with high-stakes adventure, romance, and dueling identities, this gender-swapped retelling of The Count of Monte Cristo is the first novel in an epic YA fantasy duology, perfect for fans of Sarah J. Maas, Sabaa Tahir, and Leigh Bardugo.

Now, I have so much going on in my life right now – a lot of upsetting background stuff…that really isn’t background stuff because it occupies my every waking moment, but I digress. I have a lot going on and I feared that it would mess with my opinion of this book. To be completely honest, I’m pretty sure I’m in a semi-slump, and reading is like, the last thing I want to do, but it occupies my mind, and I need that right now. Basically, I wouldn’t be surprised if outside influences, influenced my thoughts and opinions about this book.

Yes, I finished the book – mainly to keep my mine occupied – but, ultimately, I didn’t care. I didn’t care about the characters, the story, any of it. Nothing truly grabbed me, and I felt like this book took me ages to read. I’m well aware that most YA fantasy is very fast paced and go, go, go, and I really wished that this had been a little quicker. This book felt like it dragged. So much information and while things did happen in this book, I felt like nothing did.

I guess that’s what you get from a more character driven novel, but the fact that I didn’t care about any of the characters…

I don’t know if I’ll pick up the second one (over a year from now), even the reveal at the end didn’t do anything to entice me.

I really didn’t care about Amaya and Cayo’s relationship. Like at all. I didn’t buy into it.

I also struggled to picture the characters, regardless of who well they were described. I Just couldn’t visualize them for whatever reason.

I guess I just expected more.

I was just wholly unimpressed, which seems to be the way a lot of these recent/upcoming releases. Granted, I’m in a major funk, and it’s probably skewing my opinions, and the fact that I haven’t slept more than maybe 10 hours over the last three days doesn’t help.

I’m just tired of reading these books that just don’t do it for me. So many late 2019 releases have just been flops. This is an early 2020 release, but already the two of those that I’ve read have been so-so.

Overall, while I was unimpressed, the writing is strong and the cast of characters is diverse. If you’ve liked Tara Sim’s other books, you will probably want to pick this up and check it out when it comes out in January.