As if you needed another app to occupy asinine amounts of time…but I promise this one is well worth it.

Webtoon is a free app you can download for your phone or other mobile device. Once you log in, creating a free account, you can read and binge all sorts of amazing webcomics that legit leave you wanting more.

I first found out about Webtoon, when Lore Olympus first started popping up on my Twitter feed – so I think, about two/two and a half years ago. Like most people who discover Lore Olympus, I binged what was available and then spiraled into this desperate need for more. From there, I branched out and started reading all sorts of comics.

While my list of comics I read is very long, this post is just going to be a handful of favorites! These are definitely comics that I stay * regularly * up to date with. I usually binge all available episodes, and then won’t touch the app for a while. That way when I finally decide to open it again, I have plenty of episodes to binge. It’s probably not the healthiest of ways to consume these stories, because I’m always left with that desperate need for more, but it works for me!

But without further ado, let’s jump into these recs, and I promise you won’t be disappointed!

After making a grisly discovery in the countryside, a small town book editor’s life gets entangled with a young Mafi lord and his intimidating bodyguard…even as every step she takes draws her deeper into the dangerous underworld of the city.

What would you sacrifice to save your family? How far would you go to protect your people? For Clove, the last princess of a near-extinct Dragon clan, the answer is the unthinkable: MARRY your greatest sworn enemy in an effort to bring peace to your land.

Witness what the gods do…after dark. The friendships and the lies, the gossip and the wild parties, and of course, forbidden love. Because it turns out, the gods aren’t so different from us after all, especially when it comes to their problems. Stylish and immersive, this is one of mythology’s greatest stories – The Taking of Persephone – as it’s never been told before.

She’s young, single and about to achieve her dream of creating incredible videogames. But then life throws her a one-two punch: a popular streamer gives her first game a scathing review. Even worse she finds out that the same troublesome critic is now her new neighbor! A funny, sexy and all-too-real story about gaming, memes and social anxiety. Come for the plot, stay for the doggo.

Born a humble peasant, Kihara Mei has lived simply day by day as a merchant in the capitol, and never assumed things would change. But, one fateful day would change the course of her life, when faced with a deadly challenge against dangerous royal assassins. Now, with the eyes of the dreaded Blood King upon her, her life of simplicity would now become a tangled web of secrecy, deceit, and desire. 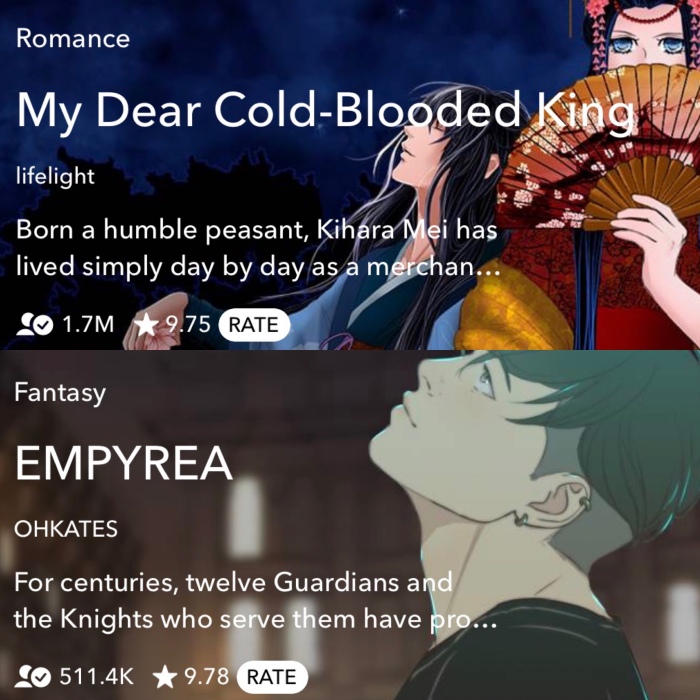 For centuries, twelve Guardians and the Knights who serve them have protected Mankind from the fearsome Keres, ancient creatures with a thirst for souls. However, a series of sudden and brutal attacks threatens the fragile peach between Realms. Now Hawn, a Knight who bows before no one, and Kira, a young inventor, find themselves in the eye of the storm and will have to rely on each other to navigate through decadent courts of intrigue and deceit.

A sexy supernatural story about being out on your own, finding your dream apartment and discovering that your new place is haunted by a handsome spectral stranger from another dimension. Sure, HE can’t see you and YOU can’t touch him, but who said every relationship starts out perfectly? 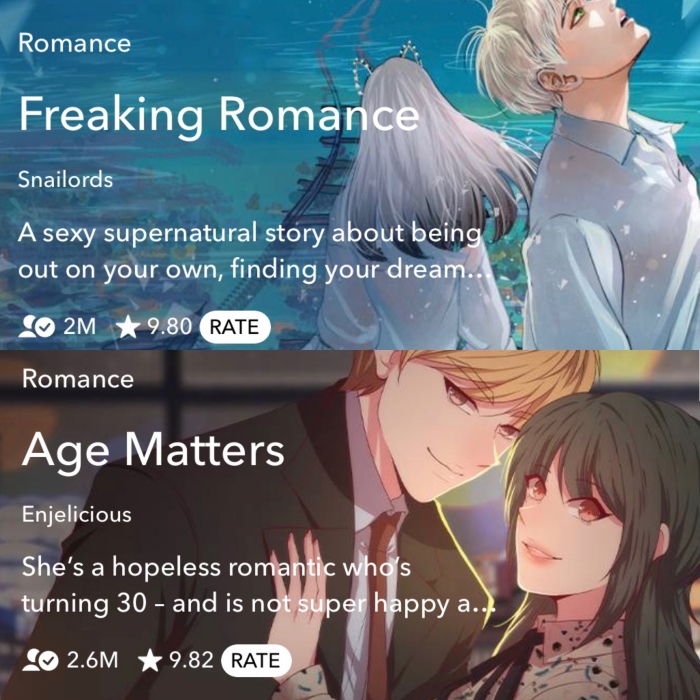 She’s a hopeless romantic who’s turning 30 – and is not super happy about it. He’s a reclusive billionaire who’s hired her to be his assistant – and he’s not too happy about that either. Together they rewrite the rules of friendship, love, work and the BEST way to clean someone’s apartment.

Callie thinks that in the grand scheme of the worlds at large, she’s nothing special. With the unexpected addition of friendship and adventure into her life, she’s about to find out that she was very, very wrong.

Dogged by pain and misfortune from the very beginning, Shin-Ae decides she wants nothing to do with people nor anything to do with romance. Although content with her unsocial, boring, loveless, existence, her lifestyle is challenged after she ruins an unsuspecting strangers’ clothes.

Content with her ordinary life, Lyra is somewhat of a wallflower. However, her comfortable lifestyle suddenly goes astray when she accidentally plunges into the world of sirens. Entangled in a curse, Lyra will learn that her world may be a lot bigger than she had ever imagined.

After binge-watching beauty videos online, a shy, comic book fan masters the art of make-up, then sees her social standing skyrocket as she becomes her school’s prettiest pretty girl literally overnight. But will her elite status be short lived? How long can she keep her “real self” a secret? And what about that cute boy she likes? Could you imagine if he found out the truth?

Let me know if you check any of these out and let me know if there are any comics that should be on my radar! Give me more stories to binge!