I’m going to keep this post short and sweet because I’m sure everyone has already watched the show, and honestly, I don’t have that much to say.

Did I enjoy it? Yes.

Do I think it’s a bit overrated? Yes.

Am I beyond excited for the TikTok Musical brewing? Hell yes.

Will I watch season 2? Undoubtedly.

I need to see Anthony get a happy ending.

I will say that I was definitely more interested at the start of the show, versus the ending. I loved the almost whimsical feeling the beginning had. It felt magical and almost otherworldly. I really enjoyed that this was almost a kind of fantastical take on 1800’s London. And while it’s not without its hardships for the characters, it feels romanticized – which makes sense since it’s based off Julia Quinn’s series by the same name. I don’t have any plans to read the books, so I can’t compare them, but I’m not sure I’d want to, even if I had read them.

I might be in the minority here, but I didn’t like the Duke – Simon. Yes, the man is attractive as hell, clearly good and *ahem* things. But as husband…I think Daphne could have done better. 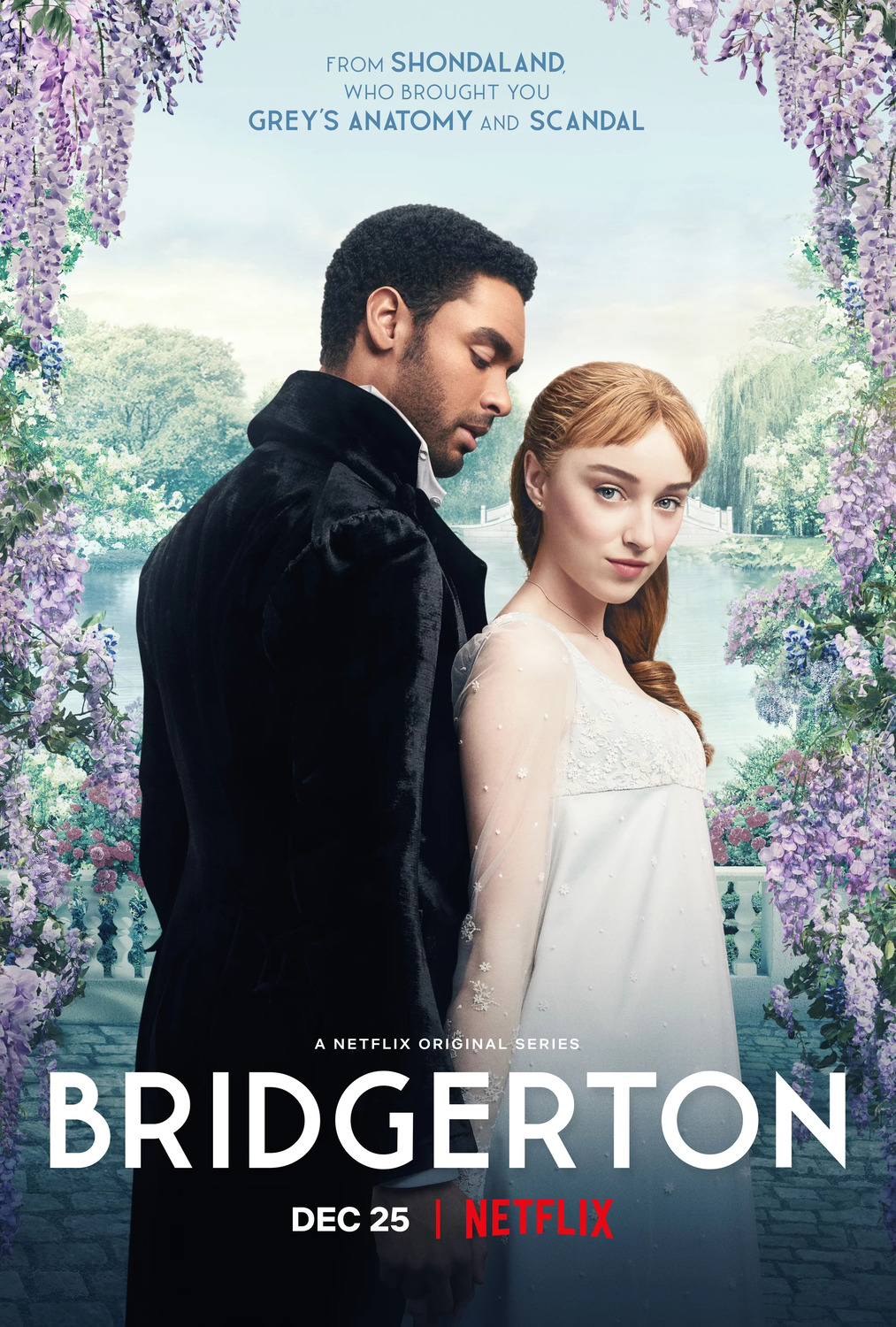 I actually liked the Prince more than Simon. I was kind of put off on the whole “I’d rather actually die, than marry you” thing and that didn’t come across romantic in the least. So, after that, I kind of didn’t care about him and found him to be very selfish. But as just a character, I loved his story, his arc. I just didn’t necessarily care for the two of them together.

I also really enjoyed Daphne – though her naivete (to no fault of her own) was a little annoying at times. But that’s just me probably projecting a 21st century lens on the show. I liked that while she longed to fill the role of a traditional regency woman, she also kind of defied the rules set in place by the time period. The fact that she stands up for herself, advocates for herself is really wonderful.

I will say that my biggest disappointment in the show is the reveal of Lady Whistledown. I hate who she ended up being – love the character (both the character and the persona of Lady Whistledown) – just hated who she ended up being. It definitely wouldn’t have been my guess and I kind of just found it to be lazy. Again, I don’t know if this character is Lady Whistledown in the books, but I’m not a fan. I also get why they did the reveal in season 1 – not knowing if there was going to be a season, and people would have been annoyed if the reveal hadn’t happened. But I wish they would’ve waited.

Overall, I think it’s an easy show to get lost in, with a pretty even number of uplifting moments and heartbreaking ones. Rarely do characters act in a way you think they are, and it makes for an easily bingeable show – you need to know what happens next.