It’s been a minute since I’ve done a tag, and I was going to peruse the internet to find one I hadn’t done before – but I happily stumbled upon this one over on One More Book. I was doing a little blog hopping, liking and commenting and this caught my eye. I loved Julie’s answers and thought this was such a fun tag, so, here we are. You should definitely check out Julie’s Post and her answers. I’ve been following her blog for a while now and I love her content, so you should definitely head over there and see what’s up.

The tag was originally created by Alyce, and you should check out her video to see her answers as well. Let’s see how easy or hard this is. I have a feeling I’m going to struggle with quite a few of these, but let’s go!

First Book in a Series

Marrow Charm by Kristen Jacques. This was a favorite when I read it in fall of 2018 and it’s so underrated. I know of only a handful of people who have read this book. Definitely go pick it up. 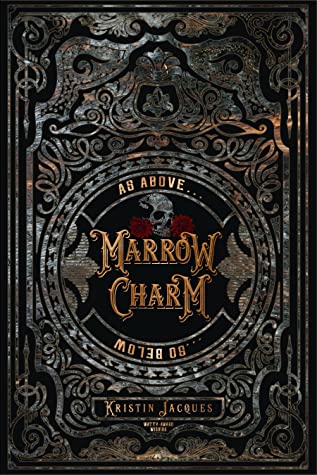 Azure Brimvine lives in a world decimated by magic. One where humans have retreated underground from the overwhelming dangers of the surface. But Below is no safer than Above. Magic borne plagues continue to eat away at the remaining human cities. A sickness that doesn’t merely kill, but creates aberrations from the stricken: people twisted by magic into something dark, dangerous, and powerful.

But when Azzy’s brother, Armin, is infected and cast out into the Above, she sets out after him, determined to be there for him no matter what he becomes. The world Above is full of monsters, both wild and cunning, some more human than Azzy was led to believe.

Her search for Armin leads her to Avergard, a ruthless city of inhuman lords and twisted creatures. Azzy must find allies and forge new bonds in this broken world, brave the perils of the Above, and reach Armin before his new power is used to open the Gate once more.

Two or More Copies of the Same Book

Three Colors on the Cover

There Will Come a Darkness by Katy Rose Pool. If you haven’t read this book yet (or the second one) then you need to.

The Age of Darkness approaches.
Five lives stand in its way.
Who will stop it… or unleash it?

For generations, the Seven Prophets guided humanity. Using their visions of the future, they ended wars and united nations―until the day, one hundred years ago, when the Prophets disappeared.

All they left behind was one final, secret prophecy, foretelling an Age of Darkness and the birth of a new Prophet who could be the world’s salvation . . . or the cause of its destruction. As chaos takes hold, five souls are set on a collision course:

A prince exiled from his kingdom.
A ruthless killer known as the Pale Hand.
A once-faithful leader torn between his duty and his heart.
A reckless gambler with the power to find anything or anyone.
And a dying girl on the verge of giving up.

One of them―or all of them―could break the world. Will they be savior or destroyer?

Aurora Rising by Amie Kaufman and Jay Kristoff. I recently read this, so it instantly came to mind. I don’t know why I waited so long.

The year is 2380, and the graduating cadets of Aurora Academy are being assigned their first missions. Star pupil Tyler Jones is ready to recruit the squad of his dreams, but his own boneheaded heroism sees him stuck with the dregs nobody else in the Academy would touch…

A cocky diplomat with a black belt in sarcasm
A sociopath scientist with a fondness for shooting her bunkmates
A smart-ass techwiz with the galaxy’s biggest chip on his shoulder
An alien warrior with anger management issues
A tomboy pilot who’s totally not into him, in case you were wondering

And Ty’s squad isn’t even his biggest problem—that’d be Aurora Jie-Lin O’Malley, the girl he’s just rescued from interdimensional space. Trapped in cryo-sleep for two centuries, Auri is a girl out of time and out of her depth. But she could be the catalyst that starts a war millions of years in the making, and Tyler’s squad of losers, discipline-cases and misfits might just be the last hope for the entire galaxy.

Kisses and Croissants by Anne-Sophie Jouhanneau. I just read this and fell in love with it, and everyone needs to pick up this book when it comes out April 6. It’s adorably fun, warm and happy. 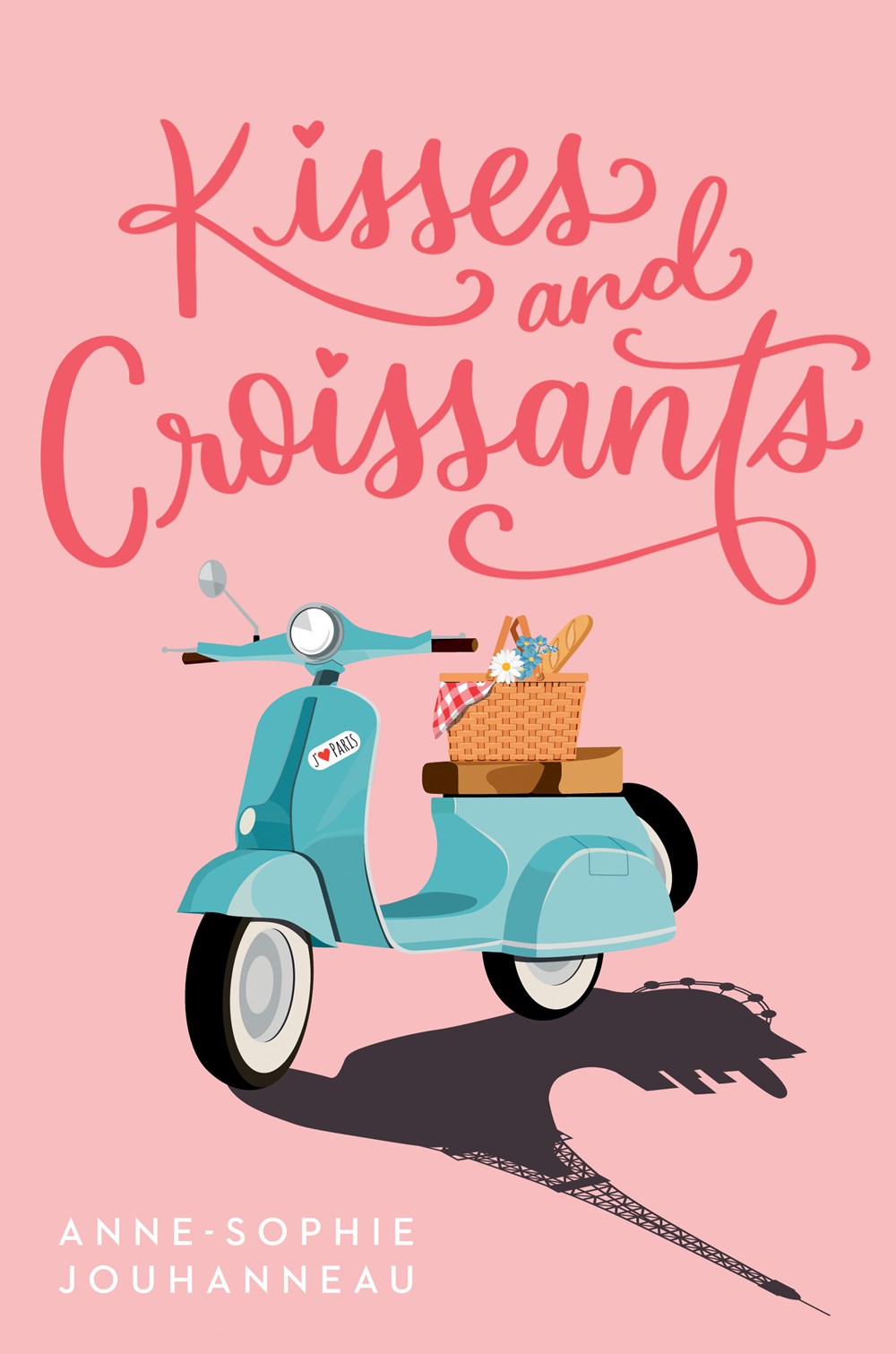 As sweet as a macaron from Laduree, with writing as crisp as a freshly baked baguette, this romantic novel set in Paris about an American ballerina and a charming French boy is parfait for fans of American Royals and Netflix’s To All the Boys I’ve Loved Before.

Seventeen-year-old Mia, an American girl at an elite summer ballet program, has six weeks to achieve her dreams: to snag an audition with one of the world’s best ballet companies. But there’s more to Paris than ballet—especially when a charming French boy, Louis, wants to be her tour guide—and the pair discover the city has a few mysteries up its sleeve.

In the vein of romances like Love and Gelato, this is the perfect summer adventure for anyone looking to get swept away in the City of Love.

Oof, I don’t really do anthologies or short story bind ups, so I really don’t have an answer for this. I don’t even think I own an anthology outside of textbooks for when I was an English Major in college.

A Seven on the Cover or Spine

I searched all over my shelves, and the only book I could find with a “7” on the cover or spine is Harry Potter and the Deathly Hallows. I guess I have very few long series – and omfg publishers should definitely number series on the spines of the books.

Eight Letters in the Title

I thought this one was going to be tough, but I found one pretty easily. Eyes on Me by Rachel Harris. This is another pretty cute little YA romance that is easily bingeable and enjoyable. I definitely recommend this as well. 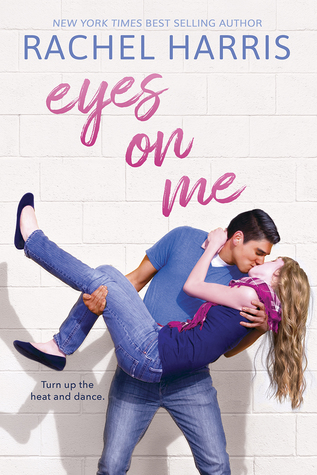 Look up the word “nerd” and you’ll find Lily Bailey’s picture. She’s got one goal: first stop valedictorian, next stop Harvard. Until a stint in the hospital from too much stress lands her in the last place a klutz like her ever expected to be: salsa dance lessons.

Look up the word “popular” and you’ll find Stone Torres’s picture. His life seems perfect—star of the football team, small-town hero, lots of friends. But his family is struggling to make ends meet, so if pitching in at his mom’s dance studio helps, he’ll do it.

When Lily’s dad offers Stone extra cash to volunteer as Lily’s permanent dance partner, he can’t refuse. But with each dip and turn, each moment her hand is in his, his side job starts to feel all too real. Lily shows Stone he’s more than his impressive football stats, and he introduces her to a world outside of studying. But with the lines blurred, can their relationship survive the secret he’s been hiding?

Book Ends on a Page Ending in a Nine

Okay, so Goodreads says this is 803, but the story ends on 799 – everything else is the Author’s Note, so I’m counting it. I also don’t feel like tearing apart my shelves to find a book. House of Earth and Blood by Sarah J. Maas.

Bryce Quinlan had the perfect life—working hard all day and partying all night—until a demon murdered her closest friends, leaving her bereft, wounded, and alone. When the accused is behind bars but the crimes start up again, Bryce finds herself at the heart of the investigation. She’ll do whatever it takes to avenge their deaths.

Hunt Athalar is a notorious Fallen angel, now enslaved to the Archangels he once attempted to overthrow. His brutal skills and incredible strength have been set to one purpose—to assassinate his boss’s enemies, no questions asked. But with a demon wreaking havoc in the city, he’s offered an irresistible deal: help Bryce find the murderer, and his freedom will be within reach.

As Bryce and Hunt dig deep into Crescent City’s underbelly, they discover a dark power that threatens everything and everyone they hold dear, and they find, in each other, a blazing passion—one that could set them both free, if they’d only let it.

Ten Books in the Series

I have no idea. I don’t think I’ve read a series in the last five years that has been more than 7 at the most. I can’t even think of 10 books that might not be a consecutive series but take place in the same universe. But I guess if I were to go old school, then the Redwall series by Brian Jacques.

Okay, so that was a bit easier than I thought it was going to be. Honestly, I thought I was going to struggle with finding books to fit the prompts. I’m pleased with how this turned out. I’m not going to tag anyone specific, so feel free to tag yourselves! If you do, do this tag, let me know! I’d love to check out your answers!